Teams & Employees: what makes them successful?

Sections on this page

Why is my team so important?

Your team becomes your product.

Why does story matter?

Mind the differential in power.

Your business can’t succeed without trust.

Focus on your employees’ success.

How to listen well.

What to keep in mind

>> All articles and videos on Teams & Employees

Once you build your business, your team of employees is your most valuable asset, because the people on your team are the ones who will do the work to execute your idea. Solo entrepreneurs are exceptions to this (an individual inventor with valuable IP or a musician), but they are rare.

Leading a team can be very challenging, and even though it’s not the only challenge in running a business, it is one of the most important.

Fortunately, this page has some key ideas when you have a team to lead. You can jump to a particular idea or to the full list of articles and videos on Team and Employees at the end of this page. 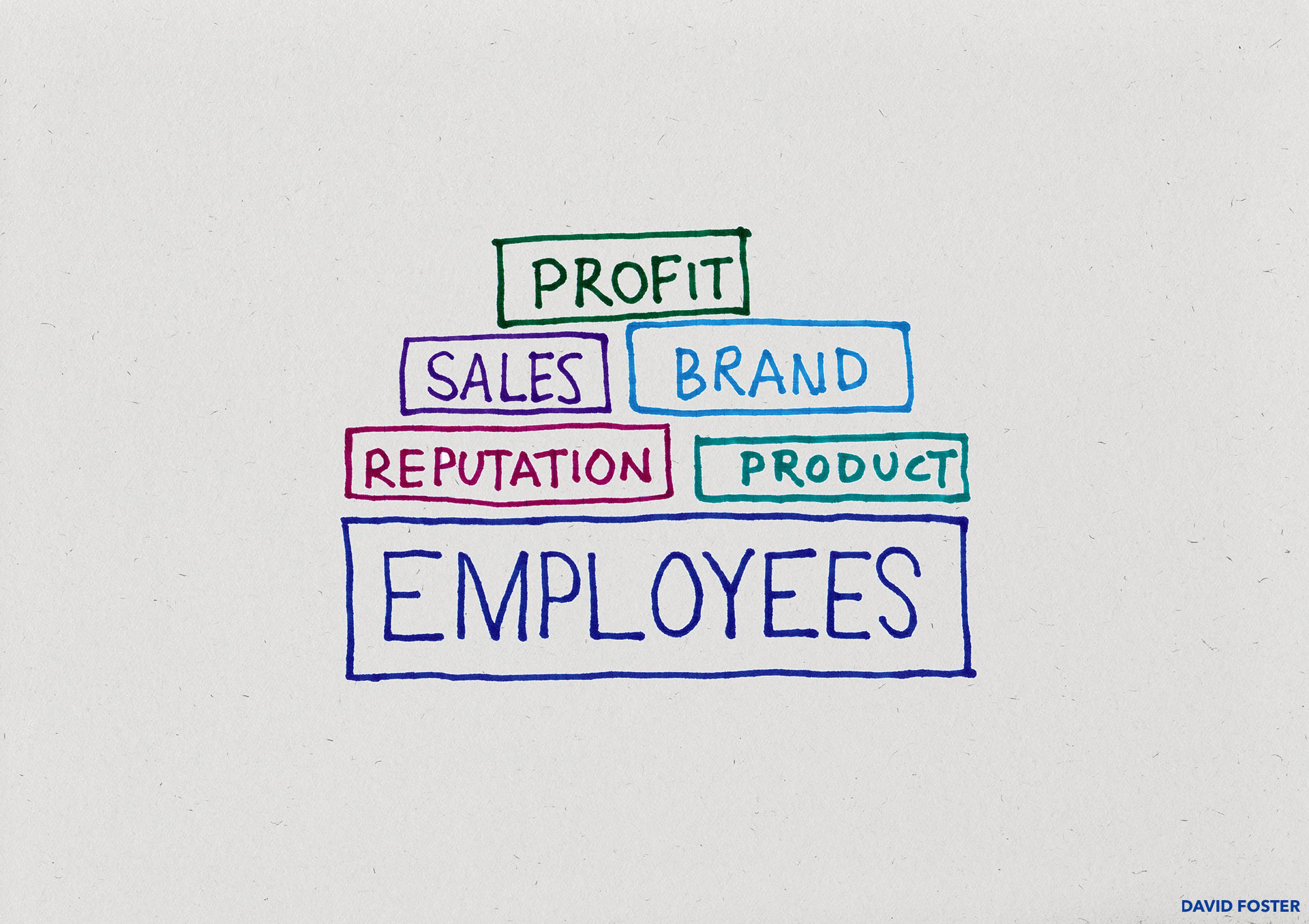 Why is my team so important?

Think about the businesses you interact with. You usually talk to or buy from someone who works for that business, and not directly with the leadership or owner. The employees’s knowledge, attitude, and capacity to act affects your opinion of the business, as well as your decision to buy, pass, or complain.

The people in your business do the vast majority of the work that needs to be done to produce and sell your product.

So a poorly functioning, disengaged team with low morale will not only threaten your business goals, a team like that won’t connect well with customers. You’ll suffer high employee turnover (labour turnover in the UK), communication problems and a poor reputation.

The opposite is true: that the benefits of an engaged, satisfied and creative team can accelerate your business.

Your team becomes your product

When you start your business, you are rightly focused on your product, whether it’s physical or a service. But as your business grows and you add people responsible for executing the tasks of the business, your responsibility shifts and your focus must be on your team.

A leader is ultimately responsible for the direction of the business, but it is the team who executes the tasks – selling to customers, design, accounting, marketing, etc – that make the business run.

So focusing on the team – the group of people who execute the business – makes sense.  You will still guide and influence the business direction, and indeed, most important decisions will be yours to struggle with and decide. However, if you focus on your team and build it so that the team is capable, engaged and reliable, you’ll be in a better position to reap the benefits of your ideas.

Why does story matter?

We understand the world by story, and you must be able to tell the story of your business and your story in it in order for people and customers to engage with your the business. Your employees and co-workers have a story too – we all do – and in order for someone to fully commit to working creatively, diligently, and cooperatively, the story of your business and their story must be connected enough for them to engage with you.

The minimum connection with an employee is: “it’s just a paycheck, and I can play the game.”  The better, profitable and synchronous connection is: “what the business is doing is personally meaningful to me (truly) and my effort is as important to me as it is to the business goals.”

In order for the best connection to exist, you can help your employees understand their story by asking them questions and making it acceptable for them to look into it and relate it to their jobs. This is not an invasion of privacy, it does not violate hiring guidelines, and it’s not overly personal. It is talking to them about considering what is meaningful to them and how their job duties and goals either agree or possibly conflict.  They don’t have to tell you exactly how or why, but employees who consciously examine their stories are happier and more productive.

More productive employees are better for your business, and that business is better for its customers and community.

Mind the differential in power

By virtue of the business hierarchy, you have power over the time, pay, and responsibilities of the people who work for you.  That power isn’t absolute – the amount of influence you have over each person is limited practically by laws and cultural norms that (imperfectly) discourage abuse.  Most people can find work in places other than your business, and I’m going to assume you also have a conscience that influences what you do.

Regardless, you have influence over someone, and you disregard that at your peril.  If you call someone who works for you, he or she will answer, and that’s not necessarily true for a random telemarketer.  Consider this when you act.

This power is unfortunately disadvantage in your attempt to create a connection, which you need to be able to run your business. Simply asking “how are you?” isn’t usually received by an employee as intended, because it’s the boss who is talking, and maybe it’s a precursor to bad news, a test, a way to get information, or maybe you know something your employee doesn’t, and you’re trying to find out if they do.

Awareness of your influence over an employee increases the probability that you will be careful in what you say and how well you listen.

Your business can’t succeed without trust

Your business success requires both – the trust needs to be mutual in order for the organization to work well. You probably instinctively know if you can trust your employees,, who you can trust more, and with what things, but employee trust is very hard to determine.

Think of the risk that an employee takes to directly or indirectly communicate that he or she does not trust a leader – the same person who has power over pay, recommendations, and daily responsibilities. Indeed, if your employee doesn’t trust you, that employee actually has a very good practical reason not to tell you: he or she probably doesn’t trust you enough to bring that up.

Focus on your employee’s success

One of a leader’s major challenges in building a business is constructing processes and coordinating the growing team’s job descriptions so that, in theory, if each employee does his or her job well, the business will succeed.

Each employee has to assume that the businesses is organized sufficiently for success (no matter how much they complain), because if your employees truly believed the business did not work at all as an organization, then their efforts are for naught.

With this in mind, your duty concurrent with organizing process is to openly focus on making each employee succeed while holding them to standards of performance. This support takes many forms:

Despite the endless streams of media assaulting us today, most of us live without being truly heard very often. This is true in business, with commercial versions of sharing apps, an additional work phone, email address and social accounts, and this costs our mental health.

And it costs your business when employees are not heard.

Without real listening, people struggle to form a bond, even a professional one, and a group of people who aren’t connected don’t work well together.

Additionally, you need to hear those things that can make your business better, and an employee is more likely to have knowledge about the ground level operation than a leader. Colin Powell said, “The commander in the field is always right and the rear echelon is wrong, unless proved otherwise” and your listening, carefully and honestly, to employees in the field (even if it just the same building) can not only reveal what you aren’t aware of, but lead to some great improvements.

What to keep in mind

Browse more articles and videos on Teams & Employees below, or go back to Practical Resources.

All Articles and Videos on Teams & Employees